You are here: Home / News / Cut in Interest Rates 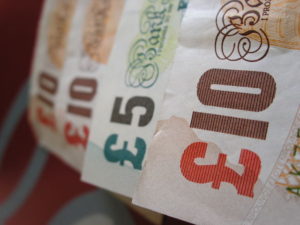 The Bank of England has cut the benchmark base rate from 0.5% to 0.25% after more than seven years of no change. This is clearly a direct attempt to boost the UK economy in the wake of the ‘Brexit’ vote on 24 June.

There is no question that the immediate effect of the referendum vote has had a dramatic impact on the financial markets and the Bank of England is clearly stepping in now, rather than next month as was originally anticipated, to make this cut.

This is usually an indication that the value of the British Pound, share prices and decision making on the part of potential house purchasers have all taken a substantial hit over the past few weeks.

We have found that particularly in the South East of England buyers have withdrawn from on-going transactions concerned that the fall in the value of the Pound and the adverse impact on financial markets could result in a fall in house prices. With house prices raging ever upwards in London and the South East in particular any drop in prices will have a substantial impact in those areas.

Arguably in Wales, the impact should be somewhat smaller but this does not detract from a general nervousness on the part of purchasers who clearly do not want to pay over the odds for properties which in 12 months’ time could be worth substantially less.

Information coming through indicates that the construction industry have identified a sharp slowdown in production recording its worst month in seven years for June 2016.

What effect of the Brexit vote have we seen locally?

The reality is very little, but the signs are that the nervousness and the inevitable impact by way of falling house prices, will make mortgage companies more cautious, valuers will be cautious when valuing properties for mortgage purposes and potential buyers will be extra cautious in their pursuit of new properties.

One major effect of a reduction in price of property will be the hit to investors who have increasingly been investing in the property market rather than savings due to low interest rates. This further reduction in interest rates will put greater pressure on investors to look elsewhere for a reasonable return on their money resulting in purchasers being available in the market place but unwilling to offer the prices currently being asked, leading sadly to the inevitable fall in house prices which has now been forecast for the coming 12 months.
On the other hand, the news is not all bad as the cost of mortgages will fall for the time being.

Whilst a number of first time buyers have fixed rate products and therefore will not benefit from a further reduction in interest rates, those who have tracker mortgages will gain as the interest rate on their product follow the movements in the Bank Base Rate. Those borrowers looking for new mortgages may find that the fixed rate products offered by the financial institutions will also become more competitive as lower fixed rates may be offered, but again this will depend entirely on the confidence that the banks and building societies may have with regard to future interest rates.

The uncertainty following the ‘Brexit’ vote may well result in the banks and building societies electing to err on the cautious as ever and not pass on the reduction in the Bank Base Rate to new borrowers as they fear that such a short-term incentive on the part of the Bank of England may not prove successful in the long term with interest rates having to rise should the country face greater financial hardship as a result of the vote.